Yesterday, the power to our neighborhood was shut off for the day, something about upgrading our services, but I think it was done primarily to annoy me. Today, my family came for a Thanksgiving dinner since it was the only time we could be together. With no power, I wouldn’t have been able to do my baking yesterday, plus being home all day with the six pack and no power was a recipe for a Defcon level 1, which in military terms means you are at maximum readiness for an attack – a level at which I frequently find myself.

Deciding to make lemonade from my lemons, my mom, who was home for some time off, decided to get out of the house with me and my sixpack. We did our grocery shopping the day before, which is always a side show. I typically shop for things when I’m already out, which means I usually have my little tribe with me, which also means we frequently have an audience, which is fine too because my six pack is always ready to put on a good show. Me….not so much.

Everyone has their part to play. Sarah for instance, loves to perform the Titanic move on the front of the shopping cart, the one Kate Winslet made famous. We finally got all of our loot and made plans to get lost for the great power outage.
So Friday morning we headed out to run some errands and then we ended up in Foley for lunch at one of my kids’ favorite restaurants. 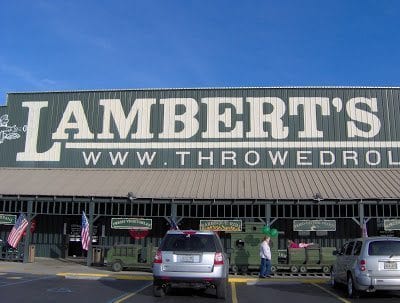 Lambert’s is a very family restaurant, one of the last of its kind. So often you hear of restaurants being family friendly only to find they have a limited kids menu and don’t really cater to the needs of families. Since my family has grown with my six kids, I have recently discovered that some of our old restaurants started charging an automatic gratuity-often 18% since we had a “large party”. This is my family, not some get together of old college friends with multiple checks. I have a running list of such places and do not patronize them with or without my six pack. But enough rant, back to Lambert’s and why we like them so much.

Their country style menu, with generous portions, may not be so forgiving on your waistline, but will make your mouth happy. But the food is only part of your experience.

The staff treats you like old pals and unlike most places, encourages nonsense from the kids. Within minutes of settling at your table, a server rolls a cart around and offers fresh, hot yeast rolls right at your table….well, sort of. You see, he throws them to you. This is way, way cool, according to my kids. They like catching them, but its just as fun when they miss.

I decided to try something I’ve never had before, so I ordered the country fried steak and potatoes. I figured it was lunch time, so I’d probably get a lunch portion. I couldn’t have been more wrong because this is what was placed in front of me. 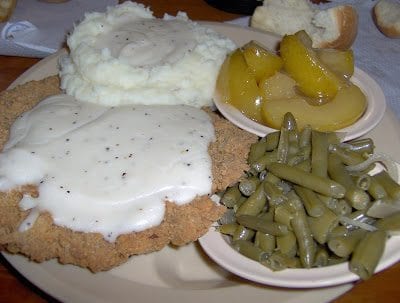 I don’t know if you can fully appreciate how intimidated I was with the task before me, the food is actually hanging off the plate. Let’s just say, we had eight go boxes with us when we left…quite FULL go boxes.
While you’re trying to gobble up all this food, as well as the fun and the nonsense, servers come around with full pots of extras to offer table side. Now this, is in addition to what you have in front of you, and you know that you have no business accepting any extras, but it can be hard to turn down fried okra, fried potatoes, and macaroni and tomato, or at least it is for me. It’s just the way I’m made, I can’t help it.
I also can’t help but laugh at the shenanigans that go on while dining. Along with the frequent rolls flying overhead are other servers going around with mock food and gadgets to stir up some fun at each table. Emma spent most of the meal out of her high chair, standing in the bench seat, dancing to the disco style music coming through the speakers. For my kids, nonsense equals fun, fun, fun.
At the end of the meal, our server showed up with six helium balloons for the kids, as if they needed more nonsense, and then we exited by way of the gift shop so they could spend some of their savings. 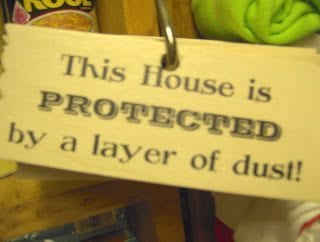 The gift shop has nutty gadgets and toys for everyone. I have seen the entire inventory, I promise, because it took at least a half hour for my kids to each pick out a treasure for keeps.
I saw a few things I would have liked myself, like this little funny, but I had to keep control of myself and my pocketbook.
I certainly had other things to get done that day, and being an oldest child, married to an oldest child, productivity is often my sixth sense. So I have to make an effort to stop every now and then and make fun, in spite of having a thousand other things to do. In my years spent working in nursing homes I’ve never heard a resident tell me how proud they were of their housekeeping, but I’ve heard many say how much they enjoyed it when their kids were young and encouraged me not to take one day for granted. I encourage you to make your own nonsense, and memories, for your family, and set aside some of that To-Do List and spend some time laughing. I did, and found that a six pack of kids with some airborne rolls can do wonders for your spirit!